This, was rather an easy make, and I am VERY impressed with how it turned out.  For one full tart, it cost me about £3 to make…  I suppose you can say that this was a frugal make, because the richness of the chocolate and caramel meant that you can only have a small piece!  Ha ha.

I had my little Gning help me make this…  He broke up the chocolate for me, and because the final result had lots of chocolate, he loved eating it afterwards!

120g dark or milk chocolate (dark works best, but it’s up to you) 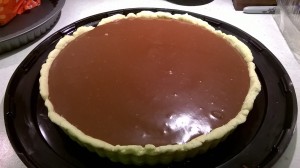 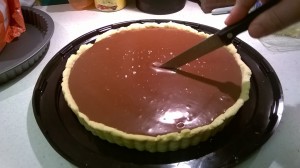 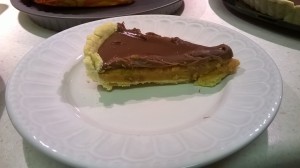 A survey by Save the Children has uncovered the 10 most hated foods in the country.

10.  Marzipan.  The super sweet cake topper came in at 10th place, with 26% of people saying that they can’t stand it.  Here’s a tip for you…  If you hate marzipan, like I do, you can cover your cakes with a simple buttercream instead.

9.  Liquorice.  This is clearly not a nationwide favourite, as 28% of people voted it as their worst food.  I happen to agree. 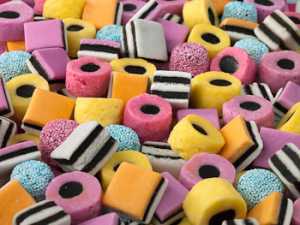 8.  Olives.  The salty texture of olives saw them get a whopping 33% of the vote.  I would love to say that I do like olives, but after several attempts at both the green and black variety, I find the flavour too much. 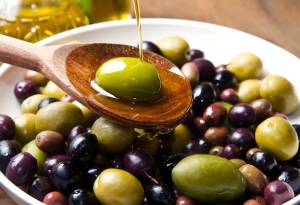 7.  Blue cheese.  34% of the people asked said they could not stand the strong flavours of blue cheese.  I agree. 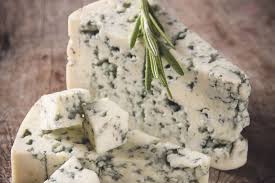 6.  Sushi.  It may be the idea more than the actual flavour, but raw fish dish sushi got a whopping 37% of the vote.  However, sushi is the type of rice used…  I have often bought a “vegetarian” sushi box from my local Tesco, and have found it quite enjoyable.  I wouldn’t eat the fish though…

5.  Black Pudding.  Again, the idea of this one may actually be worse than the taste.  Black pudding may be made with blood, but the taste is quite similar to sausages.  Why not try a little of someone elses’ black pudding before you write off the idea completely?  You may be surprised and quite like it.  For me, a fully cooked breakfast wouldn’t be complete without a big slab of black pudding.

4.  Tofu.  It’s a food that you don’t often come across unless you are a vegetarian, but tofu is divisive enough to make it to the fourth spot with 42% of the vote.  I cannot comment on this one…  I’ve actually never tried it, and if I am being hones, I don’t really want to.

3.  Anchovies.  These little fish are packed with a deep salty flavour so it’s not a surprise that not everyone is a fan – 45% of people said they can’t stand these little fishy fellas.  Me included. 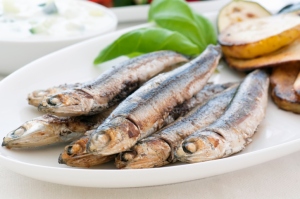 2.  Liver.  It may be packed full of nutrients, but it’s clearly not the top of everyones’ shopping list.  46% of people said they don’t like the old fashioned food.  Well, although I don’t eat it often, I can always tell if my iron levels are running a little low, because I have a craving for liver every now and again.  Plus it’s just delicious in an onion gravy, served with mashed potatoes.

And coming in at number 1…

Oysters.  The most hated food in the country, 47% of people said they hated the posh treat.  Again, I cannot comment, and I intend to keep it that way.  My dad has eaten oysters on several occasions, and he has said it’s ‘just like swallowing snot…’.  Not something I’d like to attempt to agree or disagree.

So, do you love or hate any of these foods? Are there some foods missed out that should definitely be on the list? Comment below

I’ve done it.  Today is my fourth blogiversary.

From what started as just somewhere to jot down my rants, raves and thoughts, has evolved in to a recipe hoarding, reviewing and parenting site…  Can I be big headed, and say that it has gone from strength to strength..?

1 inch of Cadbury’s Flake per cupcake

Whatever you want to decorate with!!

2.  Sift the flour, baking powder and cocoa powder as high as you can into a large mixing bowl.  Add the butter, eggs and vanilla essence, and mix together thoroughly.  I used an electric whisk.  Slow for 1 minute, then full speed for a further 2 minutes.

3.  Divide the mixture equally in to your cupcake cases, and bake in the middle of the oven for a minimum of 15 minutes.  **Note – 15 minutes is the minimum time.  Test your cupcakes with a skewer at this point.  If the skewer comes out with the sticky mixture stuck to it, you need a further 10 minutes.  This may need repeating.  I have found that some times my cupcakes can be done in 15 minutes, other times in 35 minutes…  Same temperature oven…  Weird, huh?

4.  Once done, remove from the oven, but do not remove your cupcakes from the tray until completely cool. 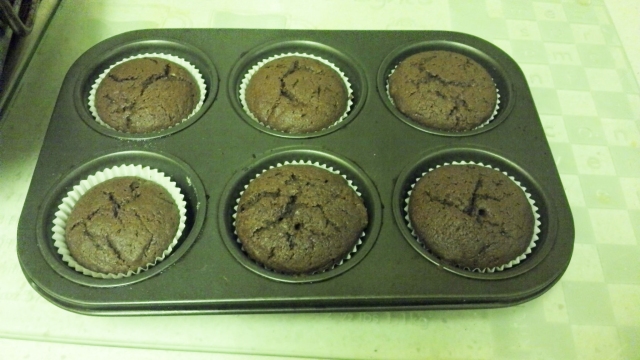 1.  Using the back of a wooden spoon, cream your butter in a mixing bowl.

2.  Gradually add the icing sugar and cocoa powder, bit by bit, mixing thoroughly with the back of the wooden spoon.  Add some of the milk IF you need it.

3.  When fully creamed together, spread on top of the (cooled down) cupcakes. 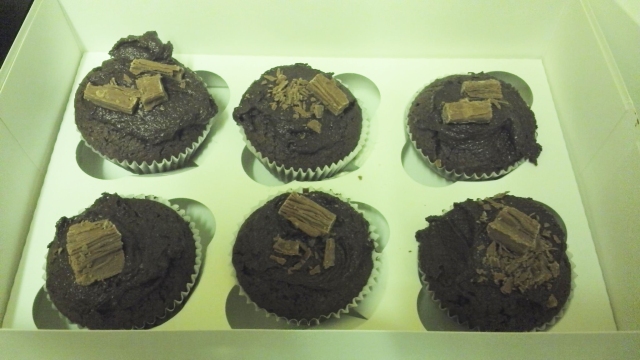 I originally wanted to create chocolate ‘nests’ with the frosting, and then to place two chocolate mini eggs in the middle for Easter, however the shop at the bottom of my road doesn’t sell mini eggs (boooo!), so I decided to decorate with a little Cadbury’s Flake instead.  I think it still has a wonderful effect.  Enjoy!